Click here to read how Wichita Surgical Specialists is working to keep our patients and staff safe. 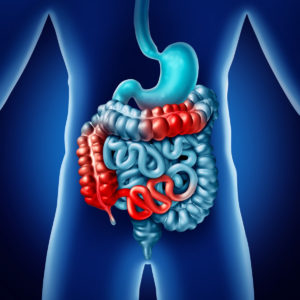 Crohn’s disease is a chronic inflammatory condition of the gastrointestinal tract. It is one of the most common conditions among inflammatory bowel diseases (IBD). Crohn’s disease mainly involves the small and large intestines but can affect the digestive system anywhere from the mouth to the anus.

The symptoms of Crohn’s disease can mirror those of other inflammatory bowel diseases, such as ulcerative colitis and irritable bowel syndrome. So, it’s important to see a physician for proper evaluation and diagnosis. 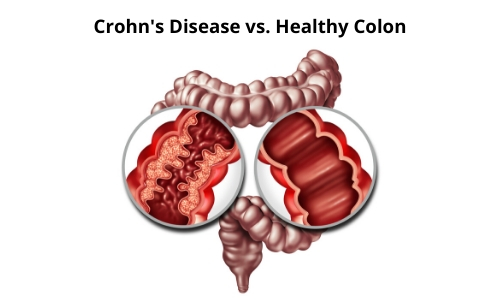 When Crohn’s disease is present in the body, Crohn’s can fluctuate between periods of activity and inactivity (remission).

Some of the more common symptoms of Crohn’s include:

Although the cause of Crohn’s disease is unknown, researchers believe it is caused by a combination of factors including genetics, the environment, an overactive immune system or infection by certain strains of bacteria.

It affects both men and women equally and tends to be more common in relatives of patients with Crohn’s disease or ulcerative colitis. Diet does not cause the disease; however, diet can trigger flare-ups and worsen symptoms. 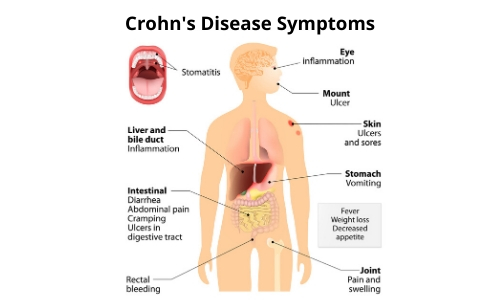 Crohn’s disease is chronic and requires life-long treatment. The goal is to decrease the inflammation in the intestines and prevent flare-ups.

If left untreated, Crohn’s can spread and cause additional complications, including bowel obstruction, abdominal abscesses, ulcers, fistulas, or even colon cancer.

How to Diagnose Crohn’s Disease

Your doctor will talk with you about your medical and family history, as well as perform a physical exam. Various levels of testing may be necessary to fully diagnosis Crohn’s disease.

Even with conservative treatments and medication available, some patients may need surgery to treat the complications and symptoms associated with Crohn’s disease. The surgical treatments performed by physicians at Wichita Surgical Specialists include but are not limited to:

After a full diagnosis, your surgeon will discuss a recommended treatment plan for your specific condition with you.

Our Physicians Specializing in Crohn's Disease